What is your verdict?

I am back here after a looooong time and its not because I didn't have anything to tell.. its only because I've been super-busy with my online store for my handmade items. You can find the link to my store onto your right on this page.. So, what made me break the silence?? 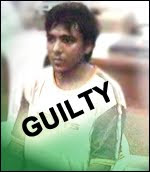 Yes.. Its the Ajmal Kasab verdict on the Mumbai Terror attacks.. Half the world is debating whether he should've been given death penalty or life time imprisonment..I will present my case here..

For a guy who came mentally and physically prepared to die on a suicide mission, do you think death penalty is really a punishment? Isn't life time imprisonment a better punishment for a man who wanted to die killing innocent people?! Sometimes, death is not a punishment..It could be a relief..

So, I wish they had given him life-time solitary imprisonment..so that he will ROT in jail..physically and mentally.. I don't know about the legal loopholes, but I really wish it wasn't death penalty that he got.. what is your verdict?? Leave your comments with your verdict..

...did they start naming natural disasters?!?
Cyclone Phyan..Hurricane Katrina.. Hurricane Ike.. Hurricane Jimena..Typhoon Morakot!!
Who on earth names them?! Funny naming business it is!!
Posted by knottygal at 9:50 PM 1 comment:

I watched this movie yesterday and I couldn't help but write this. This movie starts where the other films finish. We have seen countless movies where a couple's friends move heaven and earth to get them united. And, this movie starts there and explores the aftermath. The entire movie is based on one line: a friend in need is a friend indeed. 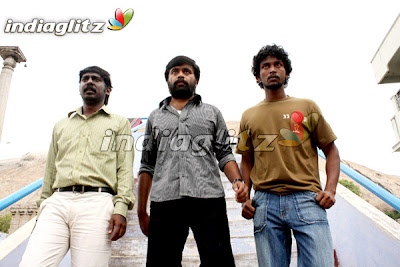 This film is a excellent example for a great success when the story is good and a script that does justice to the storyline. Sasikumar as Karuna has done a real good job as the protagonist who along with his friends Pandi and Chandran try to unite his childhood friend Saravanan with his lady-love Prabha much against their parents' wishes! Pandi becomes hearing-impaired and Chandran loses one of his leg while Karuna loses his lady-love in their efforts to unite the lovers.

Then comes the irony! The lovers decide to separate within a few days of their marriage as they realize that they are incompatible with each other. What the friends decide to do after hearing this news forms the climax. The climax explores the failure of fleeting relationships in this ultra-modern fast-paced world. The movie has an engaging screenplay, keeping you guessing on what would happen next. Its not your run-of-the-mill predictable formula movie! All the actors in the movie have done justice to their characters. The one who stands out the most other than the main cast is Chandran's father who displays an unwavering optimism through the adversities. 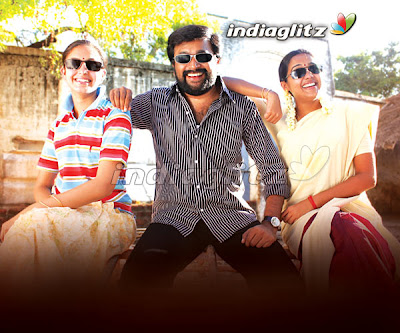 To think that one of the heroines Abhinaya who plays the sister of Sasi kumar and Chandran's love is hearing-impaired is unbelievable. I found this out only after the movie and never once during the movie did I doubt that she is deaf and dumb. She deserves a standing ovation and the director Samudhrakani and Sasi Kumar deserve an applause to have helped her enact this wonderful performance. Ananya as Nallamma, Karuna's love plays the village belle role with ease and poise.

The subtle screenplay with comedy interspersed in unexpected frames make this movie an enjoyable watch. This movie gives us the hope that good cinema is still around.Tamil cinema these days has become bold enough to cast ordinary looking people who are close to our lives in characters that seem very real. There is no unrealistic heroism or idealistic situations in this movie. The movie was as close to reality as it can be and yet had the magical quality of good cinema!

Music by Sundar C Babu is engaging as well. The song "sambo siva sambo.." is like a war cry and stays with you even after the movie is over. The background score is good too without overpowering the screenplay. Vaali's lyrics for the song "Ulagil entha kaadhal udanae jeyithathu.." touches your heart as immediately as you hear Hariharan's voice singing it.

This movie is not a commercial entertainer but, there is something for everyone in it!

Verdict: Must watch!
Posted by knottygal at 8:40 PM 1 comment:

The recent news that made me feel ashamed of our nation's bureaucrats was that our former President Dr. A.P.J Abdul Kalam was frisked by the US Airlines company, Continental Airlines It saddened me to know that a man of such greatness and importance was frisked by an American airlines company in our own Indian soil!!

When this topic came for discussion at our lunch table at work, I asked my colleagues: "Do you think we will do this to Bill Clinton or Hillary Clinton?!? and, we let this happen to our own former President in our own soil!!". One of my colleagues quipped: "We won't do this even to Monica Lewinsky!!"

After a long time..

...I am back here to write something!I have been neglecting this blog, working more on my other blog. I wanted to write about many things as and when they were happening but, I postpone it and then it becomes outdated! One thing that nagged my thoughts is the recent attacks on Indian in Australia! Its very sad and Australia as a nation should be ashamed of itself for not being able to protect its guests! The Indian government is playing the onlooker's role in the Australian attacks on Indians. Why couldn't we issue a travel advisory warning our citizens about how unsafe Australia is?! How long are we gonna be spineless?!?

And, the ads on TV as usual kept and keep me intrigued! Can some one explain what this Ad is trying to convey?!

Of course, the song is catchy and my son loves to watch this ad!
Posted by knottygal at 12:48 AM 1 comment:

Why is SRK a bad manager??


Seeing the IPL league matches, its no surprise that the Deccan Chargers are in good form after their poor start last season. The team management had confidence in the team. They didn't make any haphazard changes in the team hoping for the team to perform better! Changing the captaincy sends out a wrong message to the team that the management doesn't have confidence in the team and it also puts a pressure on the replacing captain. What can a Captain do that the team couldn't do?

Deccan Chargers are a perfect example for a team where there is good management. I assume the Owner of the team has left cricketing decisions to the team, which is letting the team perform to its fullest potential. When there is no mismanagement clutter in the environment, the team is happier to perform. I hope the managers of the world take a lesson here that a positive environment goes a long way in getting the best out of the team.

SRK should leave cricket to the people who play cricket. Then, his team may start a winning spree. Till then, he can only hope for a miracle.
Posted by knottygal at 9:21 PM 1 comment:

Where is this world going to?!

We've been seeing a lot in the news regarding the ugly turn ragging in colleges are taking these days! Made me think of my college days..of how I was ragged and how I did! It was pure and harmless fun from both sides! But, hearing the ragging stories doing the rounds these days send a shiver down my spine. Young freshers in college being beaten till they go blind! That's shocking! I am glad I finished college in better times! I was only asked to count the number of trees in the campus, made to sing and dance. The funniest that they made me do was to play kho-kho with jus one other girl. Imagine: I had to sit on the floor and she will run around me and when she says "GO" I will start running around her while she sits on the floor. It was HILARIOUS, not at that time though!

But, I don't think freshers these days are made to sing and dance or asked to count the number of steps and trees in the campus. They are being asked to strip and booze. And, when they refuse to comply, they get beaten black and blue! Is that why we are bringing up our kids? Jus so that they have to go through this at college! I can't imagine how twisted the minds of these Senior kids are these days! Kids these days aren't brought up with values. I am scared of the time when I will have to send Alvin to college!(He is not even into pre-school now!)

I have read somewhere that one should have a past juicy enough to share it with his/her kids when the time is right. I will definitely share my youthful days with Alvin. But, imagine the college freshers who are losing their youth to ragging!Who would want to recollect the trauma of stripping in front of strangers?! What will they have that can be shared with their kids?! Sigh!
Posted by knottygal at 5:17 PM 2 comments:

knottygal
A contradiction to those who dont understand me.. never a boring person.. sometimes a moody person.. a genuine person to those who I love..I am a true Gemini!!

My Fave Places in the WWW

You are visitor no.